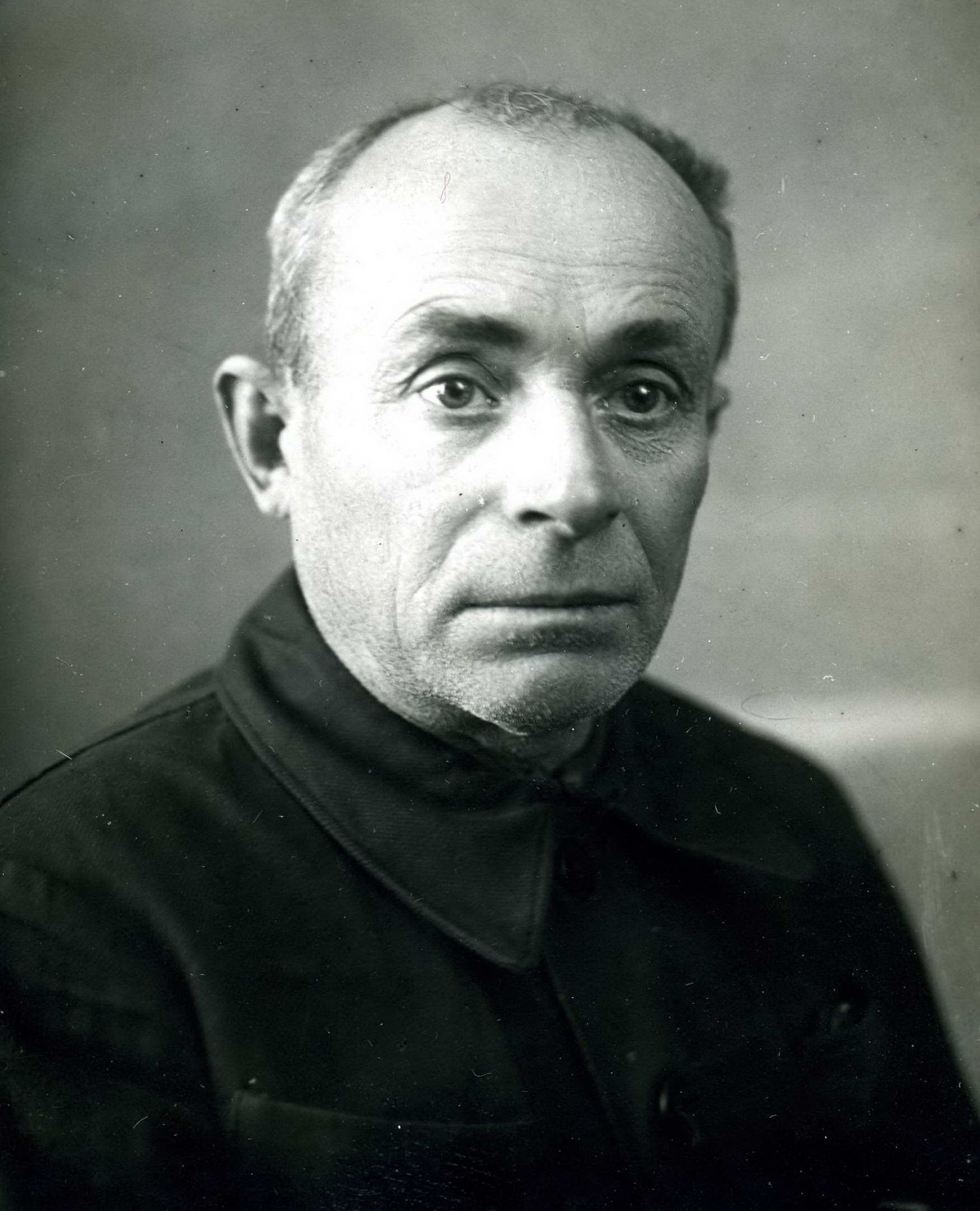 Pavlo Hubenko was born at khutir Chechva, near the small town of Hrun in the Poltava Governorate (now Sumy Region). After elementary and two grade school studied at Kyiv Military Feldsher school and finished it in 1907. Served as a feldsher in the 168 Myrhorod infantry regiment, from 1914 worked as a feldsher at Kyiv railway hospital. As a railway worker he was exempted from mobilization. After the beginning of World War I worked as a medical assistant in the surgery department.

In the end of 1917 Pavlo was sent to serve as a record keeper at the Ministry of Railways of Ukrainian National Republic. There he got acquainted with the doctor and writer Modest Levystsky who was the first to notice the literature talent of Pavlo. Together with the government of UNR Pavlo retreated to Kamianets-Podilsky where he started out as author of feuilletons under the pen name P.Hrunsky. Actively published in Narodna Volia (People's Will) and Trudova Hromada (Labor Community) newspapers.

At the beginning of 1920 together with members of Ukrainian Socialist-Revolutionary Party (USRP) Ivan Chasnyk and Arkadiy Stepanenko crossed the frontline and moved to Kyiv where he worked as literary editor in Knygospilka publishing house. In October he was arrested by Cheka and sent to Kharkiv. Hubenko was sentenced to 3 years imprisonment for his work at the printed press of USRP. However he was released from jail in 1921 after the appeal of Vasyl Ellan-Blakytnyб the Editor-in-Chief of Visti of All-Ukrainian Central Executive Committee government newspaper.

Thereafter he worked as translator and writer of feuilletons in Visti of All-Ukrainian Central Executive Committee and Selyanska Pravda newspapers (The Peasant Truth), where he also worked as editorial secretary. Here he used his pen name Ostap Vyshnya for the first time to publish his feuilleton “Odd Fellow, Really!” on 22 July 1921.

In 1922-1923 the surname Hubenko was often mentioned in the messages of the agents. On 14 August 1924 law enforcement bodies filed a record and 28 March 1925 “stakeout task was assigned to cover his current political status”. Last documents of the record were dated 1951.

Starting from 1921 Pavlo Hubenko practised literature editing Chervony Perets (Red Spice) magazine and performing as one of its most active contributors from 1927 and till his arrest in 1933. He didn’t enroll to any of the literature organizations considering himself rather a journalist than writer. In 1930-1931 Pavlo was member of Prolitfront. During this period published more than 100 works with total circulation of more than 1 mln copies.

Pavlo Hubenko was arrested on 26 December 1933 for his participation “in Ukrainian counter-revolutionary organisation aimed to military overthrow Soviet government”. 9 January, 13 January and 21 January 1934 Hubenko personally wrote expansive confession and described the work of fictional organization in details: “In 1928 Mykola Khvylovy offered me to join counter-revolutionary organisation of so-called “United National Block'' that united members of USRP, Ukrainian Communist Party and all the anti-Soviet nationalist figures”.

In a month Hubenko's case was accepted for submission to the troika court with a motion on execution by shooting. 3 March 1934 State Political Directorate sentenced Hubenko to execution by shooting, however the sentence was changed to 10 years imprisonment in a labor camp. Pavlo worked there as feldsher and planner and also in the editors office of Severny Hornyak general circulation newspaper at the Ukhta camp in the Republic of Komi.

18 September 1943 Hubenko agreed to become a secret agent (informer) at NKVD of the Ukrainian SSR and made a signed statement: “... voluntary signify consent to cooperate with Soviet intelligence bodies to reveal and disclose persons who conduct anti-soviet, espionage and other underground activities against our Motherland Soviet Union”.

In a week the Special Council of NKVD commuted a sentence and already on 8 October he was released. In February 1944 Hubenko resumed his literature activity, started publishing books, and became a member of the editorial board of Perets magazine.

23 May 1950 head of the 5th directorate of MGB Ukraine SSR Tsvetukhin reviewed the report that “from the moment of the enlistment and till recent agent 018 in fact have not worked with MGB, provided no information on the Ukrainian nationalists among his connections, has behaved as double-agent. 018 systematically got drunk which led to secret meetings disruptions'' and concluded to expel agent 018 from the agents network “due to double-agent behaviour without the withdrawal of the statement”.

25 October 1955 Military court of Kyiv military district heard the protest of the prosecutor in the case of Pavlo Hubenko to close the case as no crime was committed.

The Formulary file and Agent file of Ostap Vyshnya are kept in the Sectoral State Archive of the Security Service of Ukraine. The Archival-Criminal file is kept in the Central State Archives of Public Organizations of Ukraine. Apart from the procedural documents of Pavlo Hubenko they include materials related to the history of literature, artistic and political environment of Ukraine 1920s-1950s and fighting of Soviet special service against the Organization of Ukrainian Nationalists’ underground in Western Ukraine in the end of 1940s.