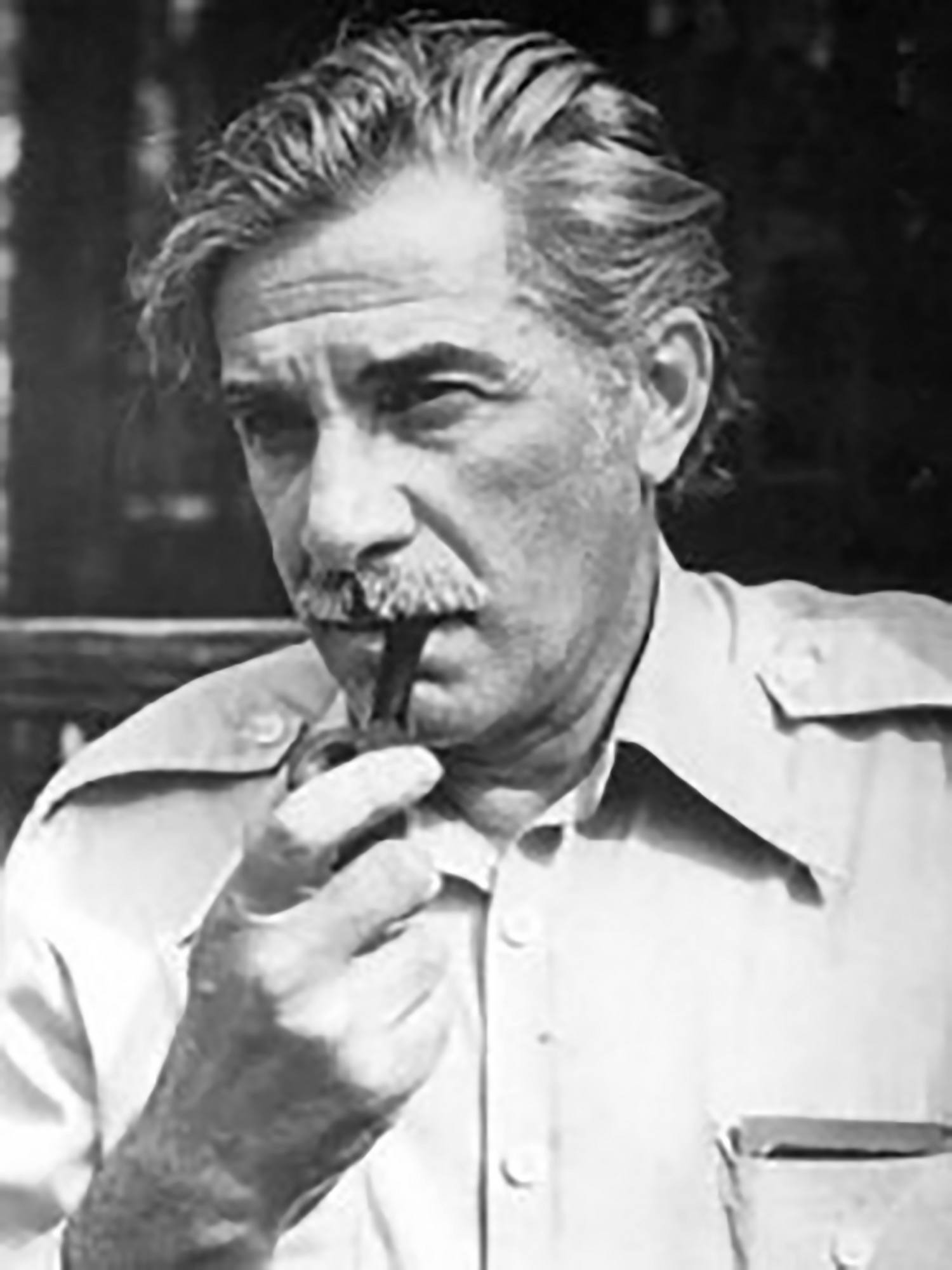 Bagrationi-Gruzinsky was born on 28 March 1920, in Tbilisi, in the Family of the Successor of the last king of Kartli-Kakheti Kingdom – Giorgi XII.

Petre Gruzinsky started publishing his poetry at an early age – from 13 years old, with the pseudonym – "Tamarashvili".

Mother – Tamar Khechinashvili – was arrested and exiled for 5 years in 1941.

In the 1940’s Petre was working in theatre at Tbilisi State University.

He was arrested again by the NKGB Georgian SSR on 27 March 1945 with a group of friends. The investigation claimed that he organized a group of young poets, publishing an illegal handwritten magazine – “Anathema”, with Anti-Soviet poetries, and Petre Gruzinsky dreamed of restoring the monarchy in Georgia with a King – Petre Bagration-Gruzinsky.

"..Investigation found, that accused – Gruzinksy-Bagrationi, Aghniashvili, Mchedlishvili, Abramishvili and Shanshiashvili, being on an Anti–Soviet positions, with a leadership of Gruzinksy–Bagrationi united in so-called "Literature saloon". With organizing a same – Gruzinksy-Bagrationi, they had systematic meetings, where, besides discussing their Anti–Soviet poetries and other works, they were glorifying members of already liquidated counter-revolutionary groups in Tbilisi and expressing Anti–Soviet deviations, including insults against the father of the Soviet nations.
They were supporters of the restoration of the monarchy in Georgia and were dreaming to see Gruzinksy-Bagrationi as a king who was pretending to be a successor of the crown. As young poets with Anti-Soviet and Chauvinist positions, they principally were refusing to print their poetry in the Soviet press and were confident that their ideas and positions were incompatible with an existing regime and an agenda of modern poetry.
They all participated in publishing a manuscript magazine "Anathema" (Curse) led by Gruzinksy-Bagrationi, where they put Anti–Soviet poetry in a hypocritical way. They printed 2 volumes of a magazine which was distributed in a close circle of friends".

During the investigation, under psychological pressure and torture, Petre Gruzinsky managed to ensure NKGB in his mental disorder and was sent to Psychiatry institute for rehabilitation and later, he was excluded from the investigation; all other prisoners were exiled by the Supreme court of Georgian SSR to GULAG.

Afterwards, Petre Gruzinsky continued to live in Tbilisi. Many of the most popular Georgian songs were written in his poetry.

Archive of former KGB of Georgian SSR contain Criminal file #45285 – 6 volumes, about a group of young Poets – Petre Bagrationi-Gruzinsky, Mariam Abramishvili, Liza Aghniashvili, Tamara Shanshiashvili and Shalva Mchedlishvili . The main part of the criminal file was given to the Museum of Georgian Literature in 1991 and then lost. Already mentioned remaining volumes are – materials of Supervision on the criminal process, Materials of Session of the supreme court of Georgian SSR, personal documents of victims including – manuscripts of poetries, photos of victims, protocols of Psychiatric expertise of Petre Gruyinsky, agent information and materials of surveillance. As the purpose of repression was an illegal magazine of poetry, materials contain analyses of the plot of entire pieces and translations of them in the Russian language.

Everyone can read and download the KGB documents about Petre Bagration-Gruzinsky on the website of the Digital Archive of the Ukrainian liberation movement.