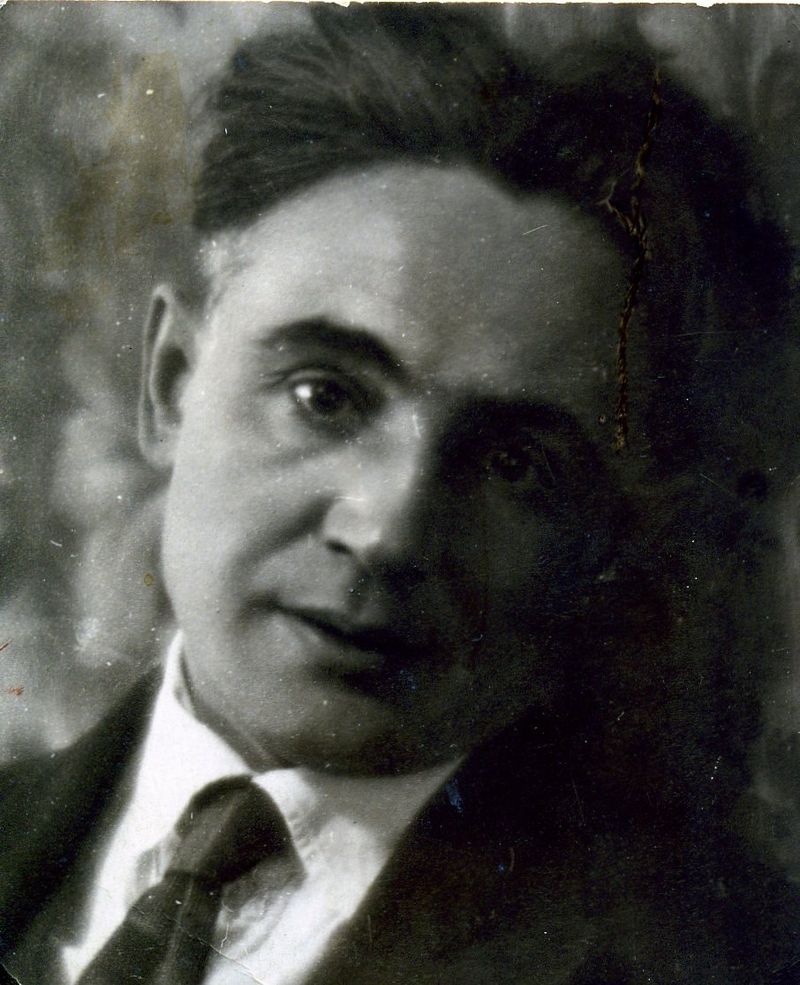 Les Kurbas was born in western Ukraine in the family of actors. He started his professional path in Galician theatres. Since 1916, Kurbas worked in Kyiv, where he formed Molodyi Teatr [Young Theatre] and the Berezil Theatre. In 1926, together with the Berezil Theatre, Kurbas moved to Kharkiv – the capital of Soviet Ukraine back then. He had a reputation of a bold experimenter, one of the leading theatrical reformers in the USSR.

However, quite soon the director and the theatre would fall victims to the wave of persecutions of the Ukrainian liberal community. They were criticised for “nationalism” and being “obscure to the masses” and “bourgeois”. In 1933, Kurbas was suspended from managing the Berezil Theatre and moved to Moscow. However, that period of his work was very short: in December the same year the OGPU agents arrested the director (the OGPU – Joint State Political Directorate, the secret police of the Soviet Union at that time).

Les Kurbas was accused of being a member of Ukrainian Military Organization (UVO) and engaging in its terrorist activities, as evidenced by his three colleagues and friends, who had been arrested in Kharkiv the day before. According to their testimonies, Kurbas turned the Berezil into UVO’s branch, and they allegedly were members thereof. Moreover, a terrorist group was allegedly set up in that branch led by Les Kurbas aiming to assassinate leaders of the Ukrainian Soviet Republic Pavel Postyshev and Stanisław Kosior, and head of the OGPU in Ukraine Vsevolod Balytsky.

“He said that from Kurbas he knew about a planned terrorist attack in the Berezil Theatre during the season opening or an opening night. According to the intelligence the party leadership would be in the theatre, which was an ideal opportunity to commit a terrorist attack against Balytsky, Kosior and Postyshev, if they were present".

Kurbas denied everything during the joint interrogation in Moscow. He was transferred to Kharkiv later on, where the ‘UVO case’ was assigned. The methods the local OGPU used are unknown, but in March 1934, in the fourth month of detention, there was a dramatic change in his line of conduct and he acknowledged his guilt.

The new interrogation protocol contains Kurbas’ confession that he had nationalist views and fought against the Soviet regime “on the theatrical front”. He used the Berezil as a tool in that struggle. Director’s “subversive” activities, in particular, consisted of‘ “non-proletarian” productions, cultivating “bourgeois” taste among viewers, bringing u “nationalist elements” among theatre staff and “separating” Ukrainian theatres from the Russian theatrical tradition.

In 1931, the Berezil was on tour in Georgia. Kurbas became closely acquainted with local theatre figures, including playwright Shalva Dadiani and director Konstantine Marjanishvili. During interrogation he allegedly confessed in an attempt to establish contact with Georgian nationalists, incite anti-Soviet feelings among artists, promote ‘cross-national anti-Russian and, consequently, anti-Soviet bloc". Les Kurbas allegedly did the same with his Belarus colleagues the following year. 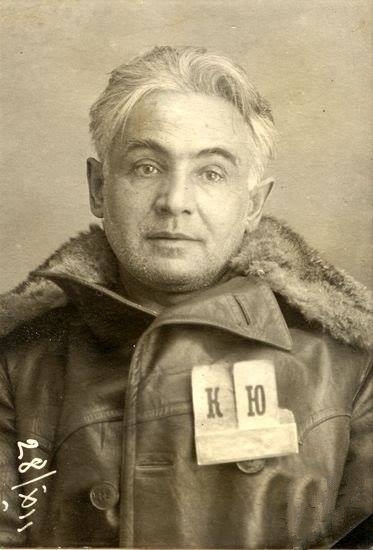 During a separate interrogation, conducted by a prosecutor, Kurbas assured that the OGPU's attitude toward him was “entirely correct and exceptionally polite”, while he completely repented and “was cured of” nationalism.

Les Kurbas was sentenced to 5 years in camps. He served his sentence in northern Russia, including the infamous Solovetsky Islands. Even imprisoned, he continued putting on plays in camp theatres.

In the midst of the Great Terror in October 1937, Kurbas was sentenced to death for continuing anti-Soviet agitation, while “remaining committed to counter-revolutionary ideas”. The shooting list contained 1,825 names of prisoners of the Solovki camp, including many prominent Ukrainian cultural figures. Les Kurbas was executed the following month in the Karelian tract of Sandarmokh.

He was rehabilitated in 1957: both cases against him were closed due to a lack of evidence and absence of a crime. His name was brought back to encyclopaedias and historical articles about Soviet theatre. At the same time, they hid the truth about the fact the director had been shot – a common practice back then. His wife was officially informed that her husband had died in 1942 from a brain haemorrhage. The real circumstances of his death became known to the country only in the late 1980s.

Investigative file of Les Kurbas consists of one volume and is stored in the SSU Branch State Archive.