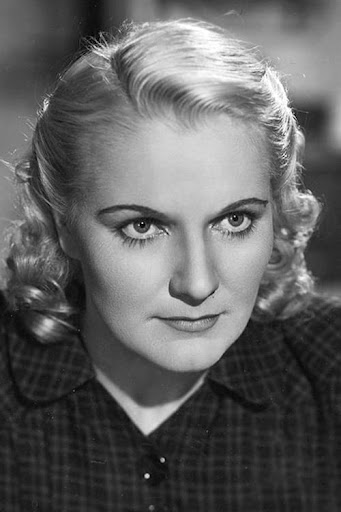 She worked in the National Theatre and in Na Vinohradech Theatre from 1936 on. She was arrested in 1951 while attempting to flee to the West and then sentenced in a show trial. Jiřina Štěpničková was released on parole in 1960. She was not allowed to return to acting until 1968. Her case illustrates StB’s massive use of illegal and provocation methods during the Stalinism era.

StB officers who pretended to be agents sent from the West contacted her in November 1948 and in October 1949 and tried to provoke her to engage in anti-communist activities. Later on, StB used the contacts to exert pressure on Štěpničková: she was arrested in June 1951 and threatened with imprisonment for 20 years, should she refuse to collaborate with StB. Following an all-night interrogation, she surrendered and signed her consent with collaboration.

This did not stop StB from further provocations. Jiří Fiala, another provocateur hired by StB, contacted Jiřina Štěpničková in October 1951 and gave her a forged letter allegedly written by film director František Čáp, which suggested that she leave for Germany where acting opportunities were waiting for her. It was a set-up. Štěpničková and other people left for the border on 21 October 1951; Fiala was supposed to guide the group of refugees across the border. In addition to Štěpničková’s friends, the group also included her son Jiří, aged four at the time: “What I remember most is that we were on a train, and then we got off as a group. We walked through a forest and were told to walk really quietly and to run for cover, should we hear anything, any sound that was not a forest sound. We were led by that guide, and it turned out later that he was a StB collaborator.”

During the attempt, the group was arrested by a Border Guard patrol; only Fiala managed to “escape”. In reality, the refugees did not even come close to the border ― they were more than 25 kilometres away from it. Subsequently, they were all taken to Prague and other persons who knew about the escape attempt were arrested too. The entire “subversive” group was sentenced to many years in prison in December 1952; Štěpničková’s sentence was for 15 years.

While still in prison, she tried to point out that she fell victim to provocation. She said for the record in November 1956: “Specifically, I want to say that I seriously suspect today that my escape attempt was a provocation and that Fiala who pretended to be a guide was in fact a StB collaborator. (…) Shortly before we were to leave for the border, Fiala with Farská and others were on a binge; he said openly that he was a guide and was about to take some people over the border; he spoke to an unknown girl at the bar (…) saying that he would take her to Western Germany. I doubt that an actual guide would act like this; I believe what he was doing at the bar was provocation. It is worth noting that, while there was a possibility to cross the border at night, Fiala arranged everything so that we were to cross at 8 am, when it was obvious that we could be seen and arrested.”

After her release from prison, Jiřina Štěpničková and other convicts sought rehabilitation in court; this happened in 1968, and she could resume her acting career afterwards. During the rehabilitation procedure, StB investigators tried to reconstruct the circumstances of the case, but they were not successful. Jiří Fiala, the alleged “guide”, was not found; he was likely a double agent who worked for both StB and Western intelligence services.