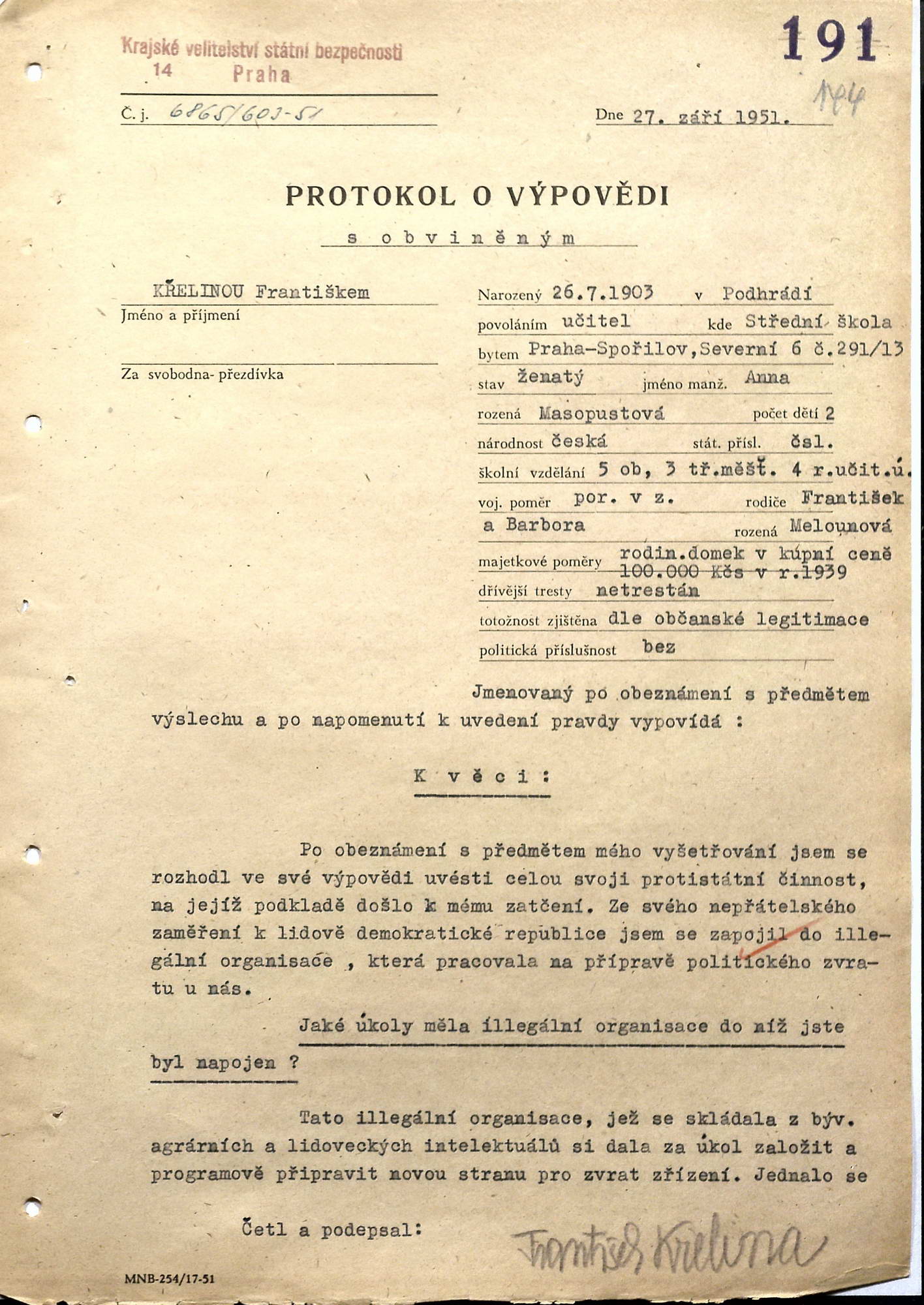 The Agrarian Party was the most powerful political force in Czechoslovakia between 1918 and 1938.

The regime used brutal repressive measures against various opposition movements: the Roman Catholic church, the kulaks and political opponents in the early 1950s. During the period, Czechoslovakia witnessed many political show trials following the model of the Soviet “trials” of the 1930s ― the Great Terror period.

Several dozen people were arrested in the first half of 1951, including the Catholic writers and poets Ladislav Jehlička, Bedřich Fučík, Zdeněk Kalista, Josef Knap, František Křelina, Václav Renč and Jan Zahradníček. None of those arrested had ever pursued any anti-communist activities, nor did they have anything to do with the Green International. Despite that, the case was presented to the general public as the Green International trial.

The arrested people were subjected to brutal interrogations and confessed their allegedly hostile activities. The main show trial took place in Brno from 2 to 4 July 1952, with 15 persons sentenced to imprisonment for many years. Other innocent people were convicted during subsequent trials. Most of the convicts were not released from prison until the President’s amnesty in May 1960.

When I asked what activities those were, he jumped at me and hit me in the face and in the stomach with his fist several times. Then he handcuffed me and abused me, screaming brutally. Then he knocked me to the ground and started kicking me, and then he took me by my hair and lifted me up. Then the interrogation continued in a peaceful manner, but when I would not confess, he stomped my toes with the heel of his shoe until he crushed my toenails; then he covered my eyes and beat me all over my body. He ordered me to do knee bends until exhaustion, and I was forced to scream, ‘I am a traitor of the nation, a spy and a murderer’ until I lost my voice completely”.